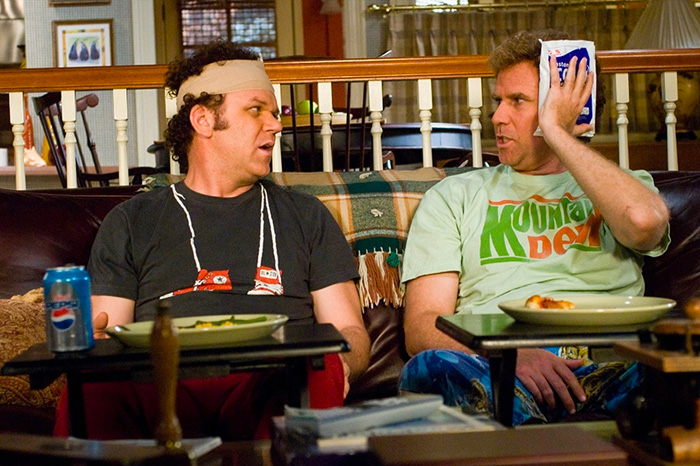 Brennan Huff and Dale Doback are both about 40 when Brennan’s mom and Dale’s dad marry. The sons still live with the parents so they must now share a room. Initial antipathy threatens the household’s peace and the parents’ relationship. Dad lays down the law: both slackers have a week to find a job. Out of the job search and their love of music comes a pact that leads to friendship but more domestic disarray compounded by the boys’ sleepwalking. Hovering nearby are Brennan’s successful brother and his lonely wife: the brother wants to help sell his step-father’s house, the wife wants Dale’s attention, and the newlyweds want to retire and sail the seven seas. Can harmony come from the discord?